zulu17 Member, Super User Posts: 1,047 ✭✭
21 October 2017, 1:22PM edited 21 October 2017, 1:24PM in Support
This morning’s EPG schedule on Youview on the Youview EPG and the Youview app EPG for the Sky Sports Main Event SD and HD  appears to be inconsistent with the broadcast programmes AND differs from the schedules that Sky list for the SSME and the schedule that the BT TV app has for the channel. Specifically the Australia  New Zealand Rugby Union International appears not to have been included on Youview schedules 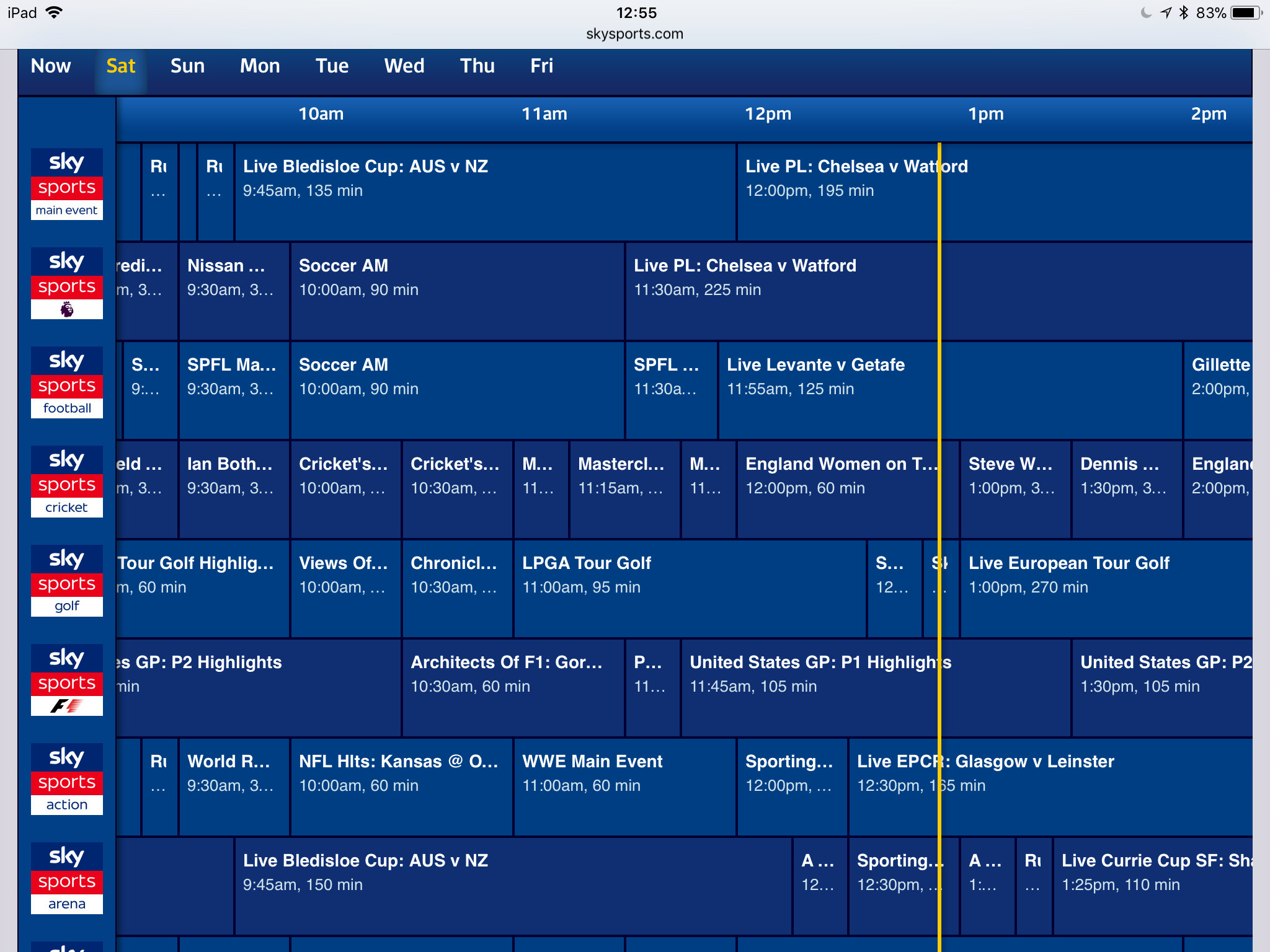 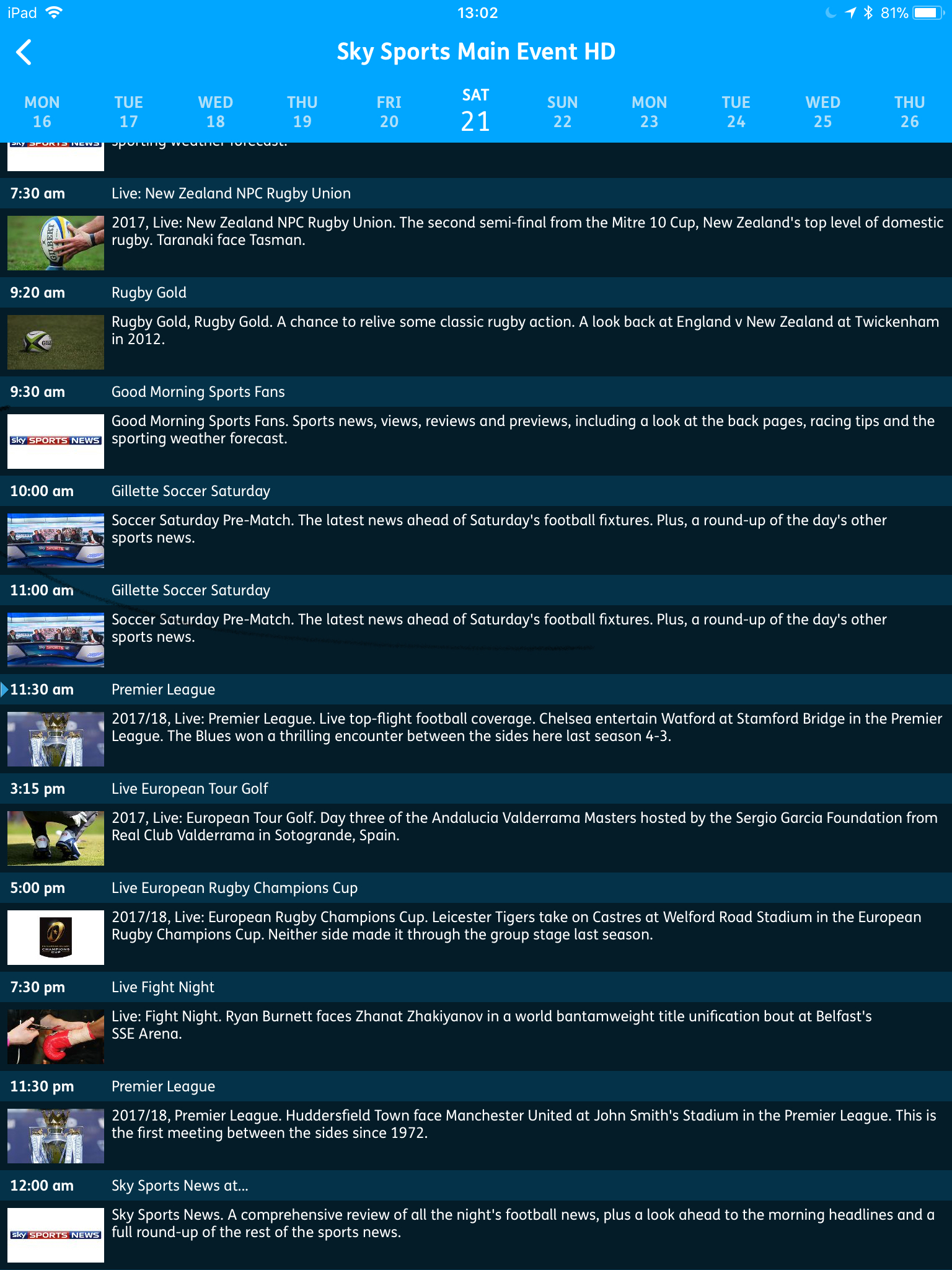 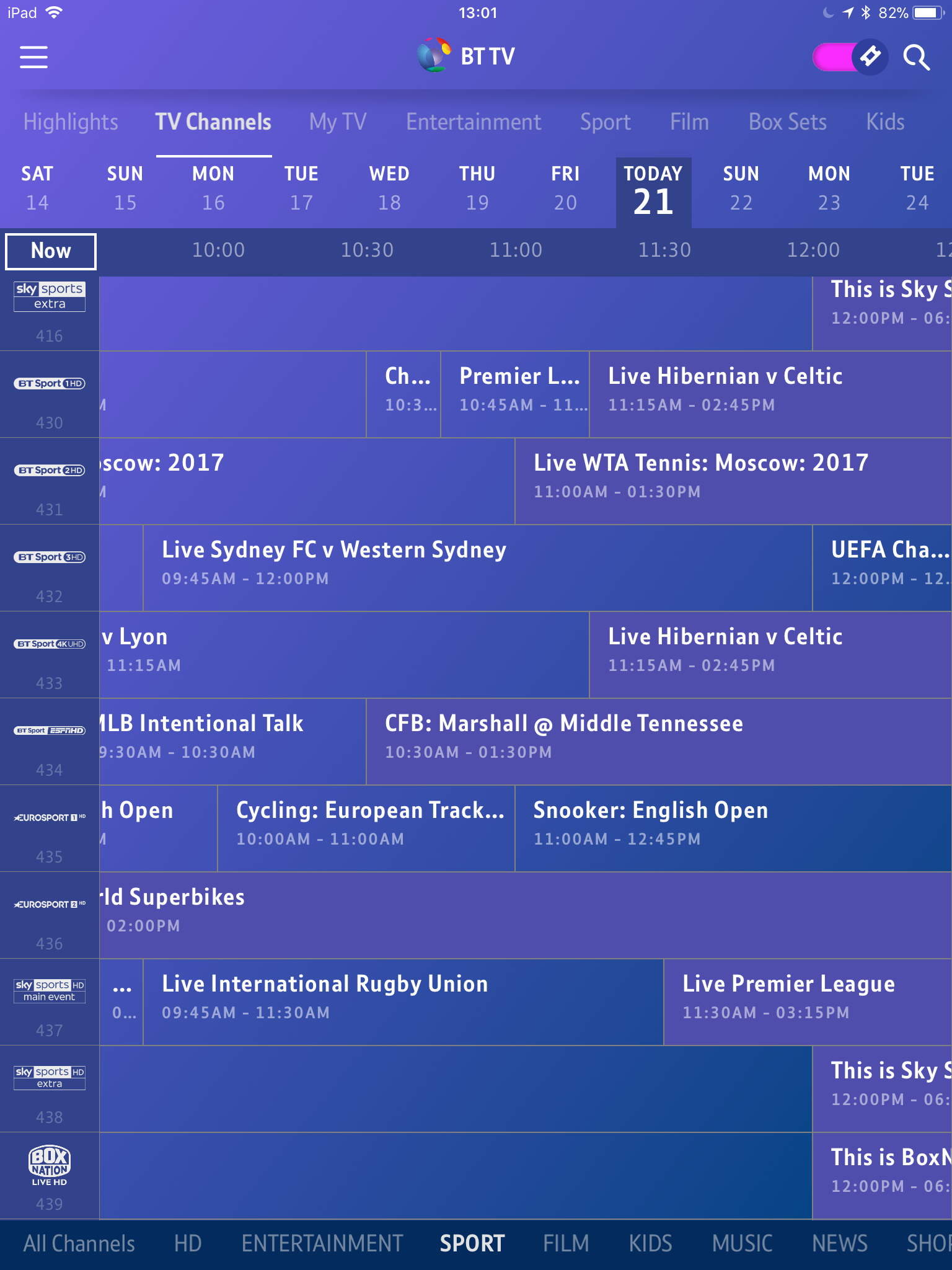