Tim C Member, Super User Posts: 589 ✭✭
13 October 2021, 10:59AM in Support
The other day I used the app (on iOS) to delete 2 recordings , it deleted 1 of those selected but then mysteriously another recording vanished.

I then did a controlled test and recorded several programmes just to test what was happening. Image 3 shows the recordings list on the box - I deleted FY1 Extra & BBC London News. Image 1 shows them in the app's list and image 2 after I deleted them via the app.

What actually happened was that the first one I swiped to delete was actually deleted but the second wasn't but a later one after that was - that being my series recordings of The Repair Shop. That really annoyed me.

What appears to happen is that the app sends , we'll say, an index number of the one(s) to delete so in my example it's #2 & #3. Then the box actions the first one (correctly) and then actions #3 which now is what was #5 in the original list so deletes the wrong one. Why it didn't delete Blankety Blank (wish it had) I really don't know but maybe it's something about a series folder. 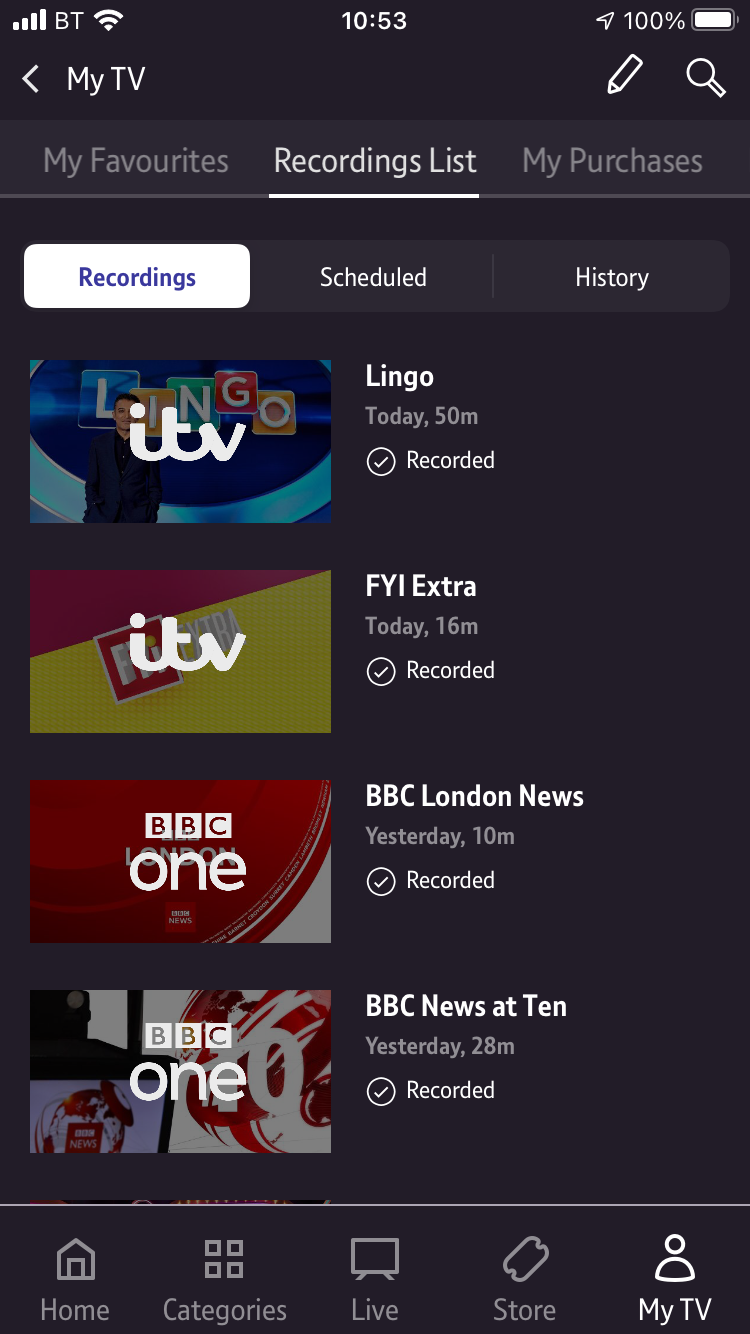 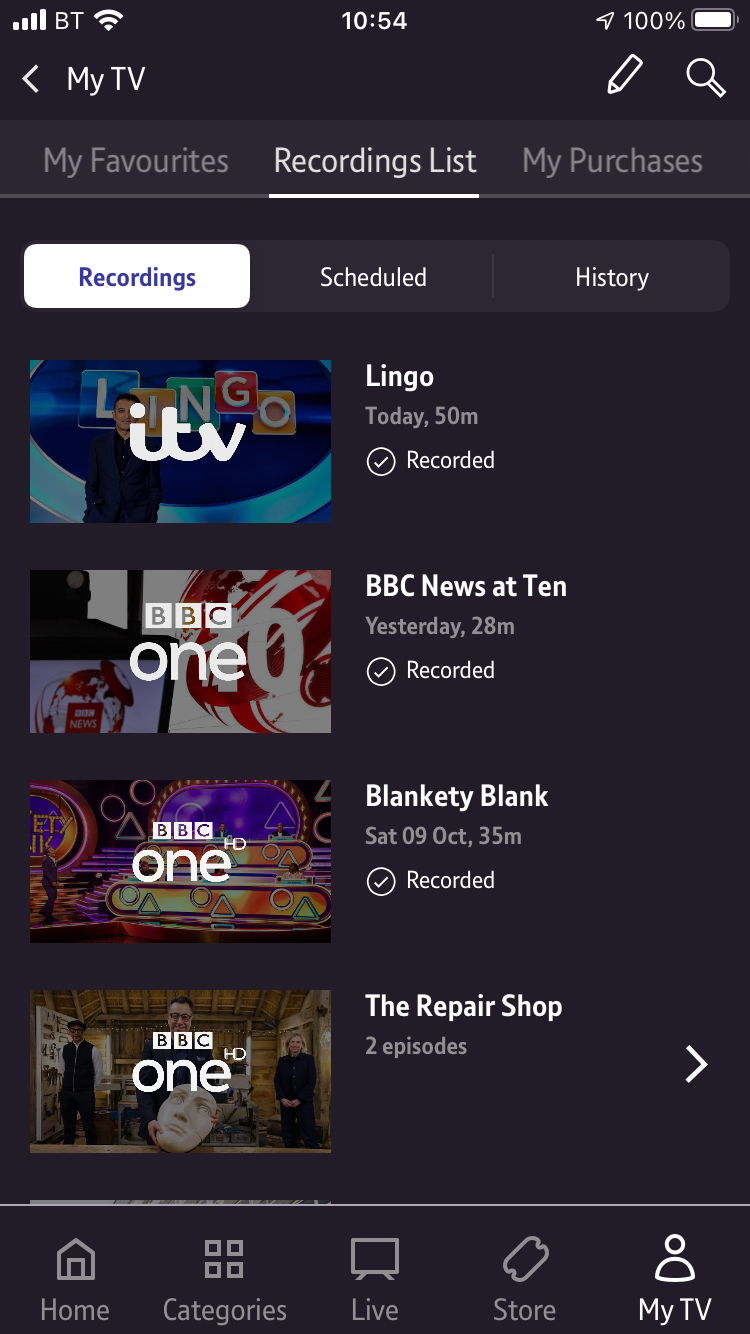 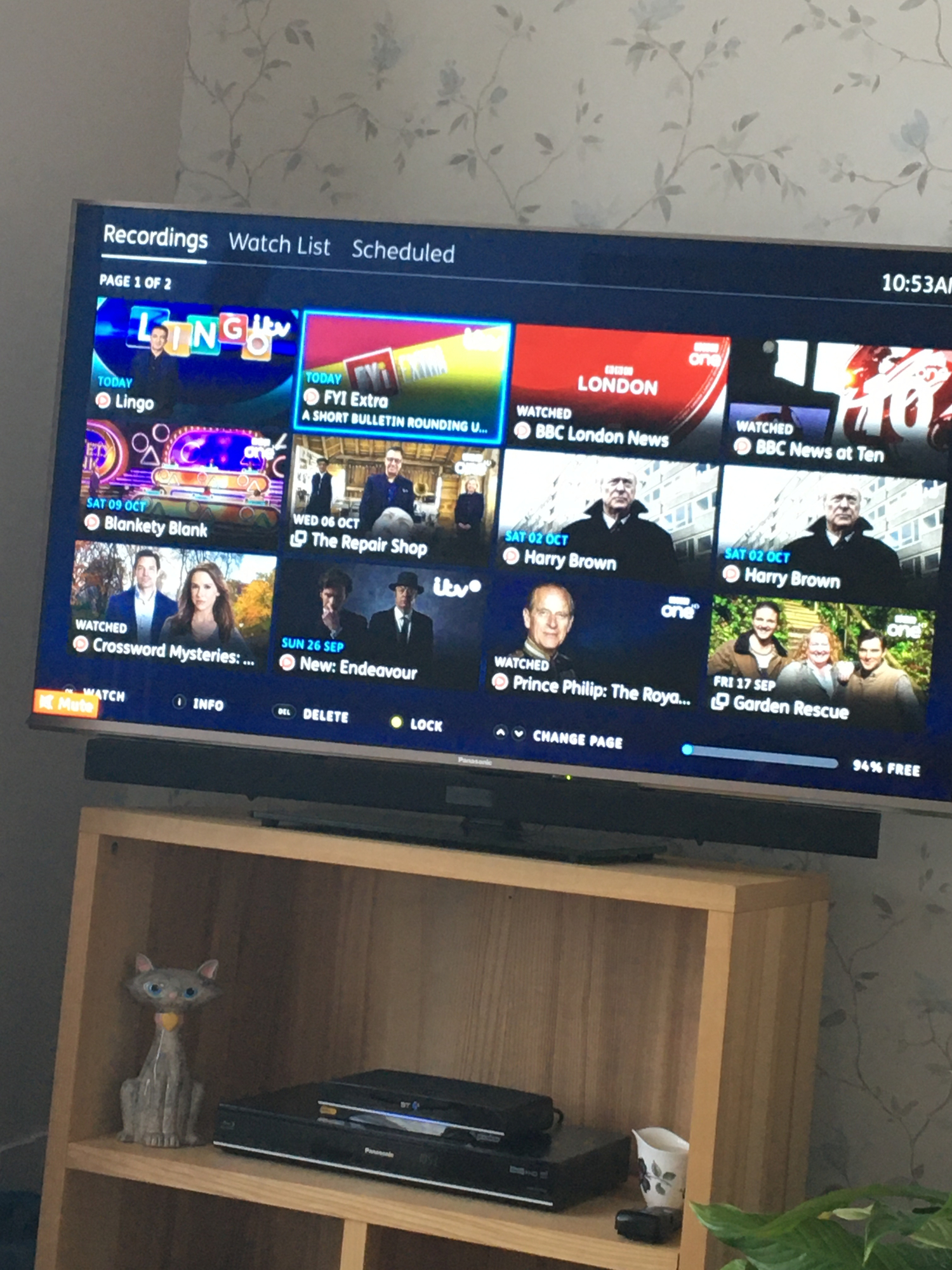