aj1982 Member Posts: 5 ✭
5 November 2017, 4:57PM in Discussion
Hi all. I've had a brief chat with a guy at YV about this and apparently a couple of others have had similar issues. I recently bought a new BT yv box from John Lewis. I am on BT as broadband but not a BTTV customer. The box is clearly at stock settings, with the BT Player button doing absolutely nothing.
It's all functional, great little box so far, but just won't update.
Details attached in images.

Anybody else had an update that just won't happen? If I tell it manually to go online and get one, it gets to about 32% and then tells me it's failed and to try again later.

Ethernet seems to work fine. The apps which are there work. Recording ok too. 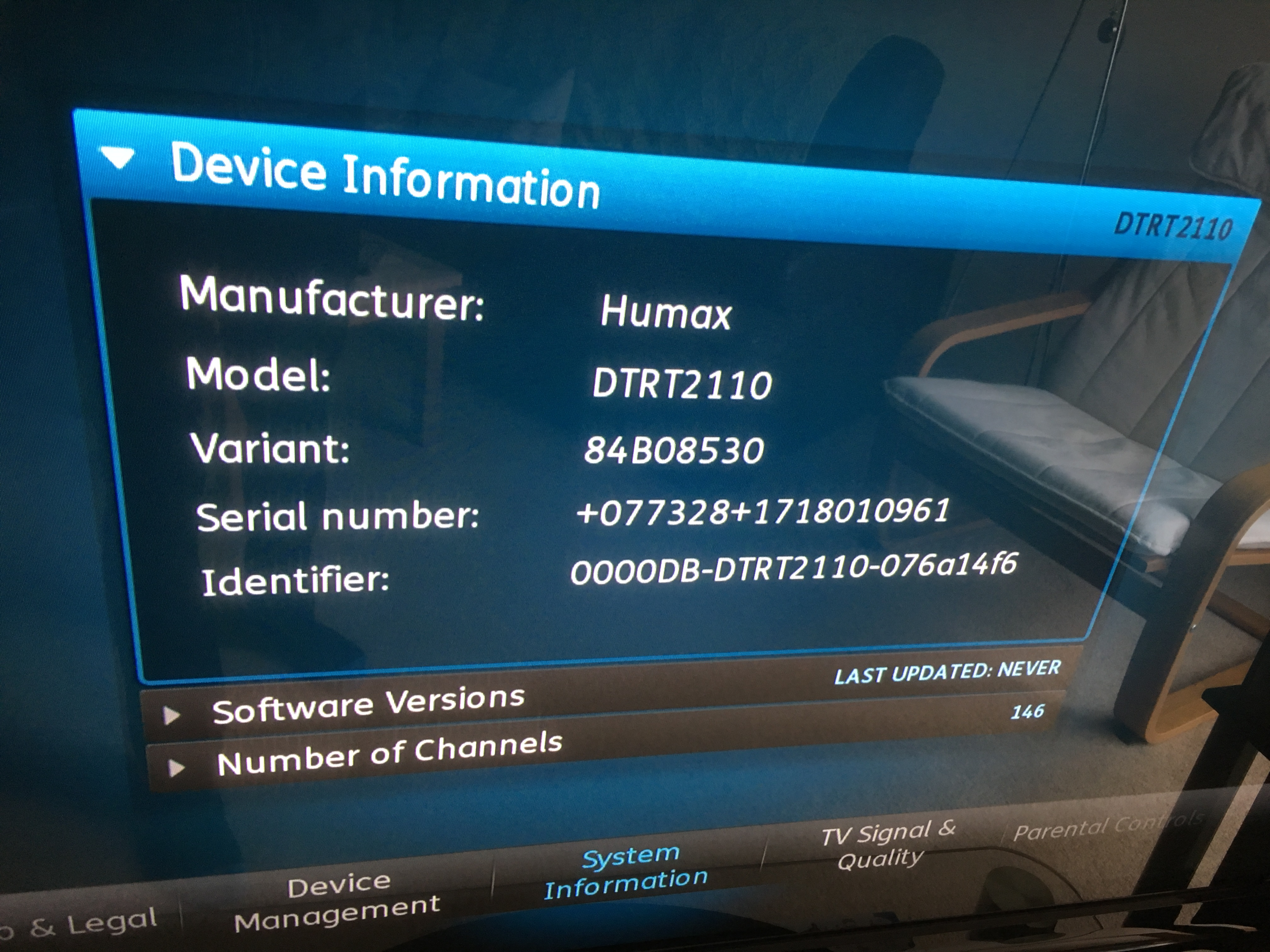